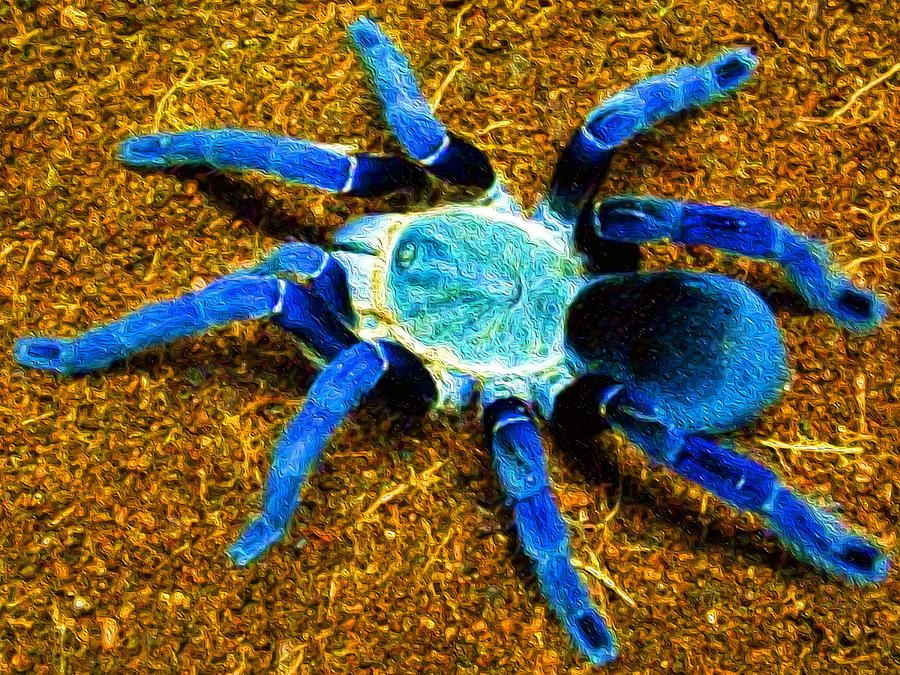 If you are one of those rare pet lovers who are fond of arachnids, this article about the cobalt blue tarantula may grab your attention well.

The scientific name of the Cobalt Blue Tarantula is Haplopelma Lividum, which is one of the most beautiful and rarest among the Theraphosidae family of spiders. There are approximately 800 tarantula species belonging to that family. This kind is mostly found in the rain forests of Thailand, Myanmar, Singapore, Cambodia, Malaysia, Laos, and Vietnam. This rare kind is becoming more endangered day by day due to the loss of its natural habitat.

The Basics About Cobalt Blue Tarantula

Let’s have a look at some of the basic characteristics of the Cobalt Blue Tarantula including its appearance, food habit, and lifespan.

Similar to their name, their legs are a lustrous electric blue color. The color of their body and carapace is grey-blue which looks dull compared to their legs. Generally, they look dark grey or black in color. When you put them under a light, the bright blue hues on their hairs will look more of a shimmery metallic electric blue.

The Cobalt Blue Tarantula mostly stays in their lair which they leave only to eat. Usually, they move very slowly and seize their prey at the border of their home and then use their venom to poison it. Then, they pull their kill back into their burrow and swallow it alive. They mostly eat mice, amphibians, and insects. Sometimes they even eat the other spiders too. You can find the perfect food online to feed your blue tarantula.

The average lifespan of females is approximately 20 to 25 years, whereas their male counterparts can hardly make it past 20 years (some only make it to 10 years).

Though many people feel attracted to cobalt blue tarantulas due to their strikingly blue coloration, this spider is not the pet for everyone. Being an intermediate-level pet, only semi-experienced keepers can keep this kind. However, amateurs wanting to pick one up should learn about the basics more carefully. This includes ways to serve their particular needs and the techniques to keep them happy and healthy.

Let’s commence the discussion with some more tips such as setting up their home, how to handle them, and their quirky characteristics.

Before making an enclosure for any tarantula, you have to ensure that the width of the cage is at least three times larger than the spider’s legs. When they are smaller you can keep them in a Kritter keeper or a terrarium.

Usually, tarantulas are around 5 inches on average, so a 5-gallon tank is suitable enough to house them. If you keep them in a 10- to 20-gallon tank, it will be more suitable to support their natural burrowing instincts.

As these blue tarantulas like to hide frequently, do not forget to make a hiding place in their enclosure. In addition to that, install an escape-proof lid as they are quite the escape artists.

When you are buying substrate for the enclosure floor, try to buy those which are chemical-free, pesticide-free, and organic. To create a tropical rainforest atmosphere, mix soil with peat, moss, and/or coconut husk together. Provide them at least 8 inches of the surface for burrowing as they thrive out in the wild this way.

If you want to create an environment similar to their natural habitat, you have to set the enclosure temperature between 75 and 85 degrees Fahrenheit. It will keep the blue tarantulas warm and comfortable. To keep the tank warm when the temperature of your home gets cooler, cover it with a mat. In addition to that, try to have one side warmer than the other for variety.

You do not need to put a light in your tarantula’s den but you have to check the tank’s temperature often to make sure they are safe and sound in there. To keep the temperature stable, you also can put a heating pad in there.

You have to feed the cobalt blue tarantulas according to their size and age. You can feed them cockroaches, live crickets, dubia roaches, and other large insects. They also like to eat pinky mice and mealworm occasionally. Just remember not to feed them anything which is larger than their carapace. Being an aggressive hunter, tarantula’s do not like to eat anything dead or frozen.

Cobalt Blue Tarantulas bite in self-defense. However, their bites are not deadly poisonous to humans but enough to kill small prey. When they are ready to attack they raise their hands and stomp the ground. If you notice something like that, leave them alone immediately.

Cobalt Blue Tarantulas are mostly known for their aggressive and skittish behavior so handling them is not recommended. You have to understand, this is not the kind of pet that you can cuddle or hold affectionately.

They can hurt themselves or you when they try to flee after an attack. So, it’s better if you leave them alone as close contact may instigate aggressive behavior. They will behave well if you just watch them from a safe distance.

The female tarantulas are able to lay about 100 to 1,000 eggs and need almost 45 to 60 days to hatch. The females sit on their egg sac on the web to hatch them properly. Before scattering away forever, the young spiders stay with their parents for about a week.

When the male tarantulas become sexually mature, they deposit their sperm in a small silk sack and finally store them in their pedipalps. The mating rituals are so dangerous that the male tarantulas can be killed after they mate. If you want to breed tarantulas you have to buy them in pairs.

Though tarantulas are legally allowed in most states, there can be some legal restrictions due to their breeding and captivity, etc. So, before buying one for your own, check your local laws about owning Cobalt Blue Tarantulas.

Though you can buy them easily from any local pet store, you should buy them from a licensed, reputable breeder. You may not want to own a spider that was illegally seized which may further endanger the wild population.

If you are a person who prefers to watch your pet from a distance instead of cuddling it, a beautiful tarantula might be for you. They are very popular pets among amateurs but not really beginner-friendly. Make sure to properly research their eating habits and living requirements before owning one.

PetsFunnies.com is a participant in the Amazon Services LLC Associates Program, an affiliate advertising program designed to provide a means for sites to earn advertising fees by advertising and linking to Amazon.com.